I recently took a mini trip to Calgary and popped into Point Sushi. The owners of Point Sushi own a few other sushi joints in YYC (i.e. Sakana & Sho Sushi Bar and Kitchen) so they presumably know their stuff! What is most exciting about Point Sushi is how they’re the first to showcase bullet train sushi, something that YEG has yet to offer! It was definitely a unique dining experience. 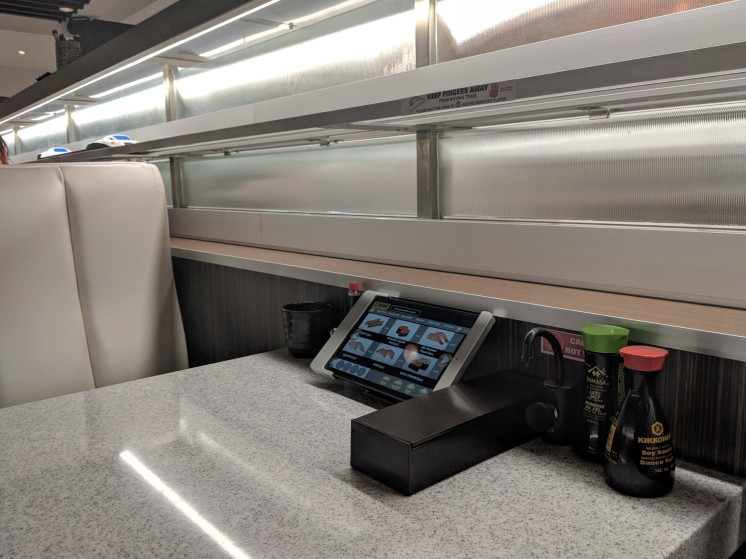 Atmosphere: Don’t be fooled by the exterior appearance of Point Sushi. It may look a little run down as it is situated on the edge of Calgary’s Chinatown but the inside is bright, clean, and modern. Seating includes booths for small and large groups. 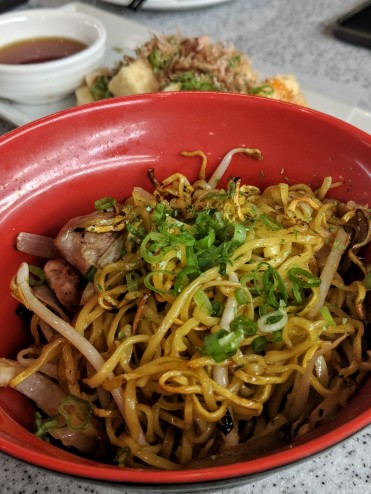 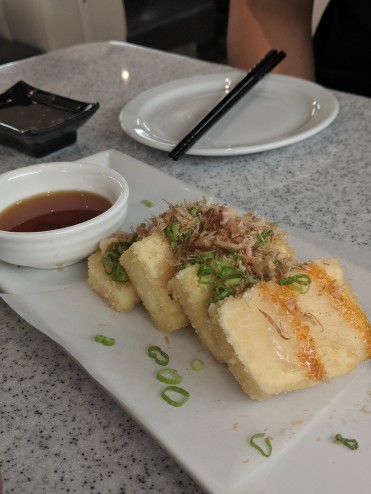 Price: cheap-moderate pricing. Although, I guess it depends on what you consider to be “cheap” sushi. In comparison to most sushi restaurants in Edmonton, it is noticeably cheaper. However, most specialty rolls were priced along the lines of $4/4pcs or $6/5pcs. For that price, I felt that the portion and roll sizes were fairly small. Because I went with my bf and 2 friends, we basically had 1-2 pieces of each roll and were left feeling a little hungry still.

We also decided to not order sashimi because it was small portions, not really worth it if we only got a few pieces each.

Regular rolls and nigiri sushi were cheaper – for example) spicy tuna roll = $2/4pcs. I haven’t been to Japan myself (yet) but perhaps this is the standard for bullet train sushi? 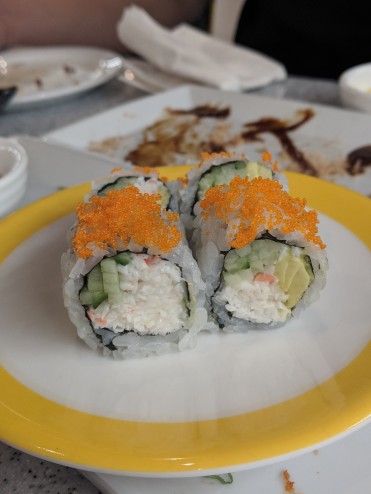 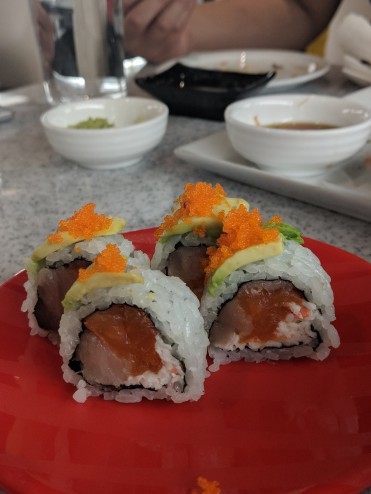 Overall: I have to admit that the novelty of the bullet train was much more exciting than the food itself. It was very cool to have my food delivered by bullet train and I had a fun time ordering my meal off a tablet. However, I do prefer having the full sit-down experience with server-patron interaction still.

In addition to this, I felt like I tried the majority of the rolls on their menu and the rolls themselves were generally good, but nothing blew me away. Given the prices, I was also hoping for larger sizes or at least more options on the menu.

Nonetheless, I do think that Point Sushi is a cool place to check out for the experience! Because there isn’t anywhere else that one can experience sushi being served like this (especially in Edmonton and area), I see them being quite popular for the next while. It’s definitely a unique spot. I recommend going in smaller groups or preparing yourself to order and pay more.