To celebrate my parent’s 25th wedding anniversary, I found myself making a reservation for VONS because my Dad was wanting some oysters. I’m not a huge seafood person so I was relying on the recommendations and reviews of others that I’d found online..

Located just off of Whyte Ave, I found VONS to be fairly up-scale, especially in the dining area. However, I am aware that they also have a lounge area and do happy hour which includes buck a shuck! 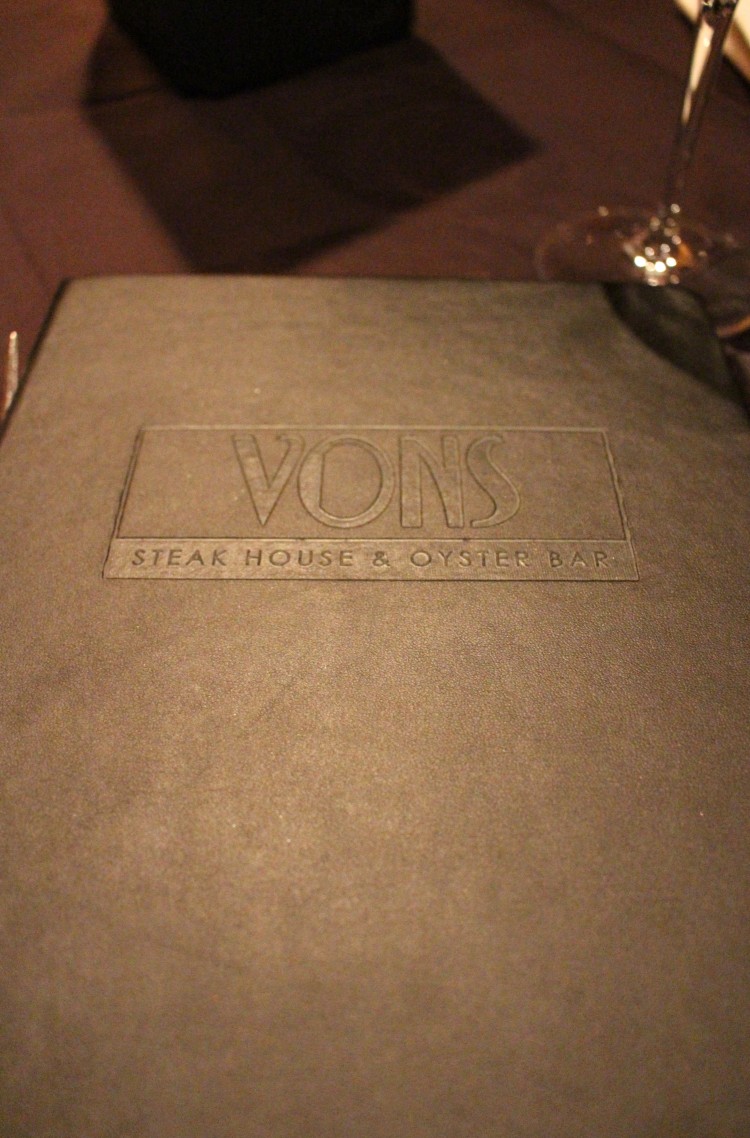 My short review – fine dining ambience and great service but the food itself was mediocre for me. I’ll get into that, shortly. There was 5 of us for dinner so I got to sample quite a few dishes!

To start, I got the Strawberry Lemonade ($10) after seeing it on their feature drink menu at the table. I usually like fruity drinks and this one sure looked pretty but it was actually quite plain and water downed for some reason… I could barely taste the lemonade, much less the alcohol. I expected that the virgin version of it would have more of a zing to it but it was also quite tasteless as well. At $10, I would not order it again. They had a decent sized drink menu though so hopefully the other drinks aren’t as bad.

For starters, we got fresh oysters, the Mushrooms Neptune Bake, Crab Shack oysters and a Caesar Salad. We only sampled a few oysters to start, hence the small portions seen below. Notably, VON’s has an abundance of oysters to choose from their oyster bar – with selections from the West and East coast (prices vary from $3-5? from what I remember). Because I didn’t eat the oysters myself, I can’t say too much other than the fact that they looked very fresh lol. My dad and boyfriend mentioned that they were up to par though. 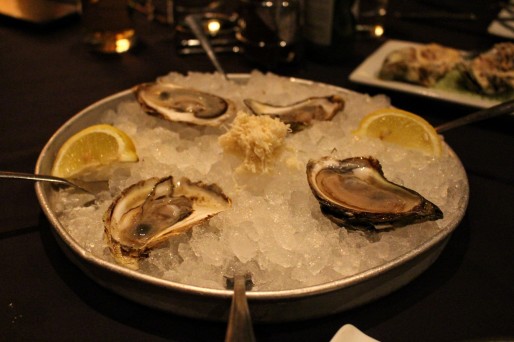 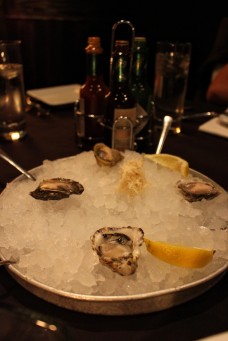 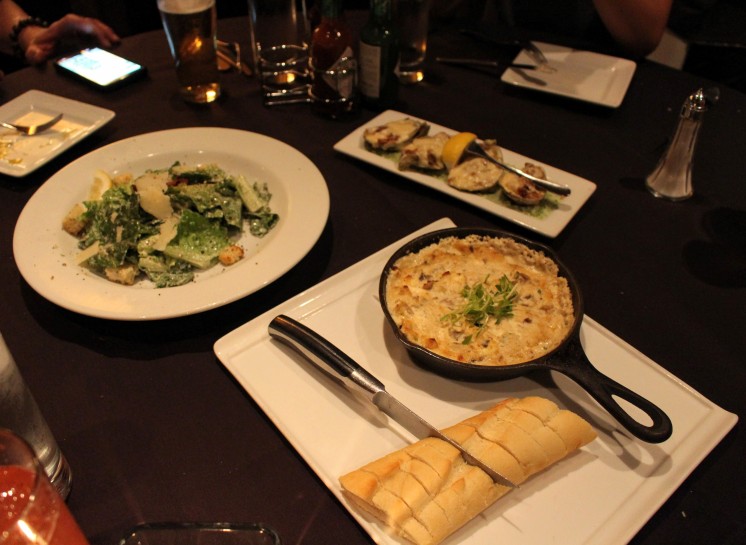 The Mushrooms Neptune Bake ($13.95) was easily my favourite dish of the night. It was creamy and cheesy and all around delicious. Honestly, all you taste is cheese and mushroom (as the name states), which I love so it worked for me. The dish itself is a mixture of mushrooms, cream cheese, crab meat and shrimp and it is served with baguette slices. The baguettes are toasted to perfection and when dipped with the neptune bake, it was addicting!

The Crab Shack Oysters ($17.95) were a bit too oceanic tasting for me so I didn’t end up eating much of it. But, they smelt delicious and were quickly finished at our table. They had a creamy garlic sauce over top as well as bacon, asiago cheese and crab meat.

The Caesar Salad ($10.95) was a large portion and was perfect for sharing. As simple as a Caesar salad can be, this was definitely one of the tastier ones that I’ve had. It had Romaine salad, house made Caesar dressing and herb focaccia croutons, boar bacon and Grano Padano.

For entrees, we all got our own dish. My parents shared the Seafood Platter for Two ($109.95). It was huge, to say the least, and came with “Cracked Alaskan king crab legs, four jumbo garlic prawns, four scallops, two lobster tails, mussels in garlic, white wine, leeks, and butter, fingerling potatoes, seasonal vegetables.”

Although I didn’t get to try all of the components, my parents claimed that everything was very well cooked and seasoned. I got to try the prawns which was juicy and buttery, yum! The plate is worth the price, in my opinion.

For myself, I tried the New York Striploin ($41.95). It was 10 oz and came with a side of potatoes. There’s a choice of fries, mashed potatoes, fingerlings.. etc. etc. I chose the garlic mashed red-skinned potatoes. The steak was also presented with a bone marrow which was intended to provide extra flavour for the steak.

Overall, I thought the steak was okay. The seasoning wasn’t anything amazing and the bone marrow unfortunately didn’t do much for me except make me feel like I was eating more fat lol. The garlic mashed potatoes were a bit salty for me but to be fair, I love potatoes too much to put them to waste so I probably enjoyed that the most.

My brother got the Steakhouse Burger and my boyfriend got the Open-Faced Shaved Prime Rib Sandwich. The Steakhouse Burger ($19.95) consisted of a house made burger, cheese, onions, greens, house brioche bun and a roasted garlic-adobo pepper aioli sauce. I’m probably not listing all of it’s components because the burger was packed with flavours. It was definitely not any average burger. Taking a bite into it, all I could taste was the garlic-adobo pepper aioli which was kinda tangy. I probably wouldn’t order it for myself but my brother enjoyed it!

The Open-Faced Shaved Prime Rib Sandwich ($19.50), on the other hand, sounded really good but was a bit of a disappointment. The sandwich featured “Au jus, Pommery mustard, atomic horseradish aioli, crispy onions, house brioche bun“. Where to start… we knew that an open faced sandwich would be harder to eat but the brioche bun completely fell apart. Not only was it crumbly but it was really sweet.. almost like a cake. Sweet and savoury did not work in this case. Although the meat was cooked well, my boyfriend was not very satisfied with his meal and said it was like “a cake with meat”..

We finished the night with dessert which was provided on the house for my parent’s anniversary. Because it was on the house, I’m not sure of the name unfortunately. It was smooth and the perfect way to finish off dinner!

So, overall, VON’s definitely offers a fine dining experience. From the service to the food to the prices… it’s a restaurant that I’d probably only consider going to if it was for a special event. Although they are technically a steakhouse and oyster bar, I’d recommend checking them out for their seafood options rather than their grill options. All in all, the service was amazing (which I appreciate) and the food was not bad, but it didn’t amaze me enough to crave for it again… I’d likely opt for somewhere else next time.

Let me know what you think! 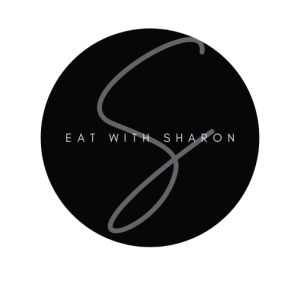